Home » Blog » Could the trees in your garden be causing subsidence damage? 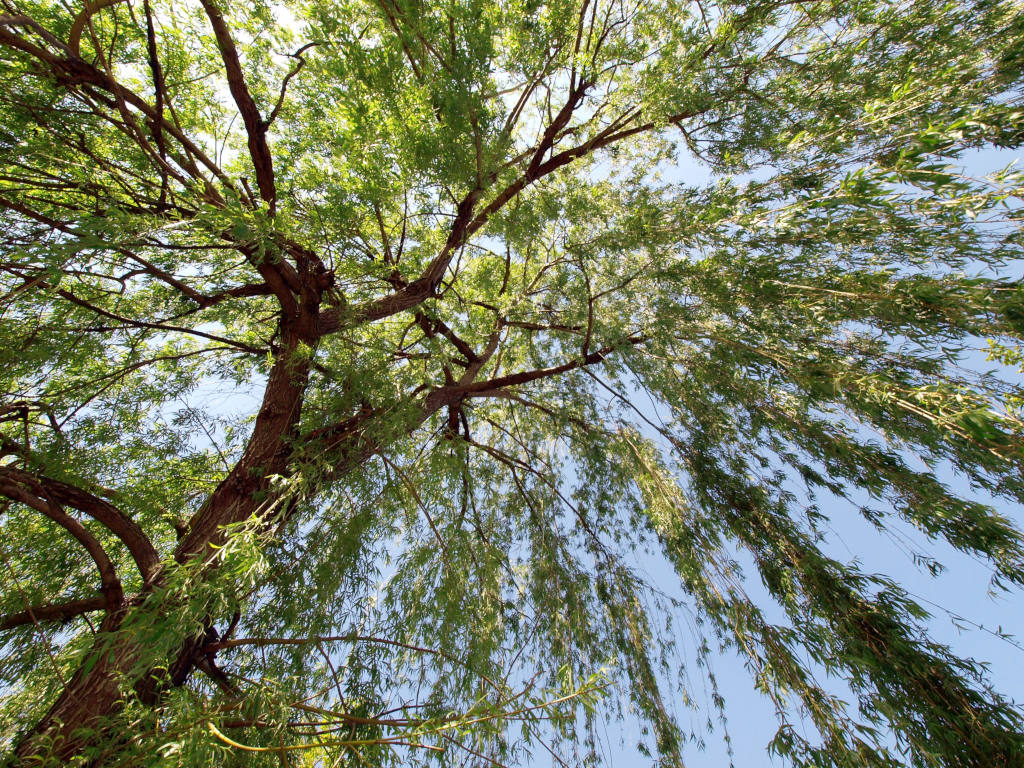 A well-maintained, mature garden can be a real asset to a property, boosting its appeal, saleability and value. Most garden lovers would agree that outdoor spaces can be immeasurably improved by the presence of one or more trees. But however lucky you may feel about having one of nature’s green giants in your garden, consider the possibility that a tree in the garden may be causing damage to the house.

At Able Surveyors, we’ve been surveying homes in London and Essex for 25+ years. During that time, we’ve seen many serious building defects including subsidence damage caused by trees.

Unfortunately, any large, vigorous tree or fast growing shrub including the infamous Japanese knotweed, in the vicinity of the house has the potential to cause subsidence damage. Did you know that the underground root system of a tree spreads to at least the size of the green canopy above? In fact, tree roots can spread more than three times the width of the canopy and the height of the tree, with potentially serious consequences for any nearby buildings.

Root growth alone is unlikely to damage the foundations directly, however the roots’ search for moisture in the soil may affect the stability, particularly if the property is built on clay soil.

Clay soils are found throughout the UK and especially in London. Most properties in the Greater London area are built on London Clay, which is known to be particularly prone to shrinkage, being highly susceptible to changes in volume caused by high water content.

Houses built from the 1950s onwards tend to have deeper foundations, meaning the risk of the soil drying out is lower than with older properties. If you are thinking of buying a pre-war or period property in or around London, it is advisable to assess any trees near the house.

In their search for water, tree roots can cause the soil to shrink or swell through the year as the moisture content of the clay soil rises and falls. The movement in the soil increases the likelihood of the foundations moving, causing subsidence or heave.

You can read our full guide to subsidence here.

Structural movement can be caused by a number of things but moisture in the soil plays a key part. Plants, and ‘thirsty’ trees growing near the building draw up water through the roots, leaving the soil drier and therefore more prone to shrinkage.

The signs of subsidence may not be obvious to the layman, but an experienced Chartered Surveyor will be able to detect them immediately. It goes without saying that the earlier you discover and deal with structural movement, the easier and potentially cheaper any remedial work will be. Key signs and symptoms include:

Many trees require high volumes of water to sustain their growth and some are so ‘thirsty’ that they should never be planted in a regular sized garden, or buildings constructed near existing specimen. We’ve listed these trees below, include the safest distance from your house for each one. These include:

Willow trees prefer damp conditions – there’s a reason they’re often found on riverbanks. A mature tree can extract around 1000 litres of water from the soil per day. Poplar trees grow very fast, particularly the large columnar variety popular in Europe. Oak trees have shallow spreading roots and a very large canopy, and the tree needs vast amounts of moisture. In fact, oak trees are responsible for the largest number of UK subsidence claims.

Some trees are safer than others to have near buildings. Small ornamental varieties are least likely to cause problems, including apple, plum, pear, hawthorn, rowan and birch trees. If in doubt, do seek advice from a qualified arborist before making a decision.

If you are worried about a tree in your garden or signs of possible subsidence in the house or an outbuilding, it’s important to get it investigated by a qualified surveyor. At Able Surveyors, we can carry out a range of inspections including a full RICS Building Survey, specific defect surveys and ongoing monitoring services for structural movement, to get to the root of the problem and recommend the best way forward. Get in touch with our expert team to discuss your particular requirements and to arrange for a no obligation quote.

Please get in touch using the form below